After releasing an iOS 7 version of Tweetbot to the masses, Mark Jardine (one of the co-founders of Tapbots along with Paul Hadad) has confirmed that further development for the App.Net clone Netbot has ceased. 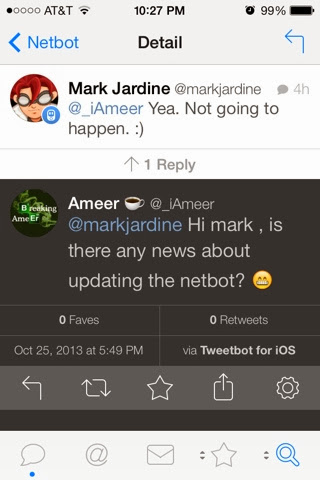 Honestly Netbot was a slick app even if it was a near identical clone of its Twitter sibling.

The app raised the bar as far as App.Net apps went, being the first to introduce features like translation tools, numerous third party image support & even video (the latter which is lacking in most App.Net clients today).

While I wish them the best of luck with Tweetbot (which is worth every penmy), it’s sad to see another great app languish on the sidelines.