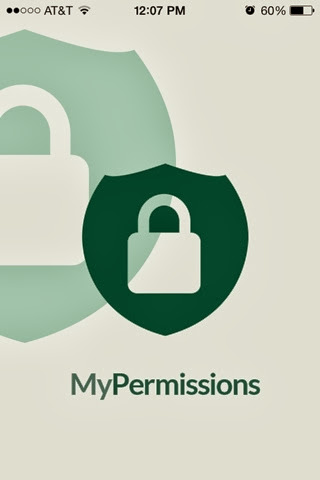 If you haven’t heard of MyPermissions or if you have (and declined to install this app upon your iDevice) then you need to perform a geek cleansing and download this app right now.

…for a few seconds. Installed it? Great!

MyPermissions has been around for awhile but the latest update embraces not only iOS 7 but bids a farewell to their “beta” tag. 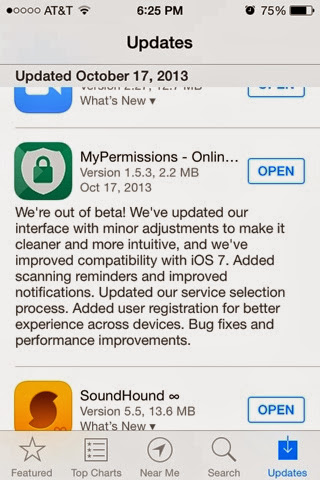 One reason why I love this apps is that I can easily conduct a “permissions purge” of various web services, native apps or dead pool companies who still retain access to my social accounts (or to platforms like Dropbox). Beware of Bugs: Despite the latest and greatest update the app is still slightly buggy as revoking a service can mysteriously render the other revoke buttons “unresponsive.”

To get around this I had to close out the mini pop up window, then restart the app purge again.

Also adding new services to MyPermissions can produce side effects (such as a brief sensation of app slowness followed by confusion and frustration).

Aside from those two major bugs the app works flawlessly! 😉

…which is great start but the the geek in me wishes that MyPermissions would support other platforms/social platforms like:

Hopefully they’ll introduce more support for extra features in the future, as well as a premium option to help keep the lights on (as well as feed the developers who worked on this app).