“‘Social networks don’t matter as much,’ Conrad told me. Instead, he wants to focus on the social interactions each of us have every day while listening to music in the same physical space. Sure, Pandora also offers options to share music on Twitter and Facebook, but Conrad said that only a small percentage of listeners make use of these features. (via GigaOm)”

Unfortunately Pandora isn’t listed as an active channel upon IFTTT, and although others have created an RSS Pandora channel, they tend to be a bit wonky.

I’m currently experimenting with Last.fm, which is slightly “rougher” than Pandora (as Last.fm’s UI and music recommendations are not as refined). 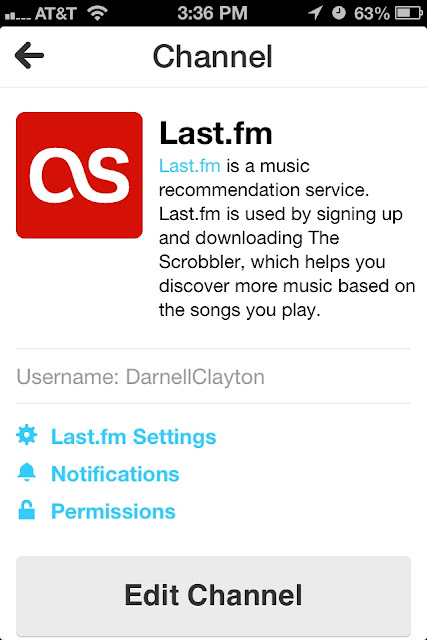 Fortunately Last.fm has an official channel on IFTTT, which means I can share what I’m listening to upon my ADN stream as well as my personal Tumblr.

I’m still paying for both services (or at least I will be for Pandora until September), but for now it looks like I’ll be using Last.fm as my default radio service.