So it looks like I found an app that uses the shoot and pause editing effects that made Vine so popular (not to mention Instagram Videos as well). 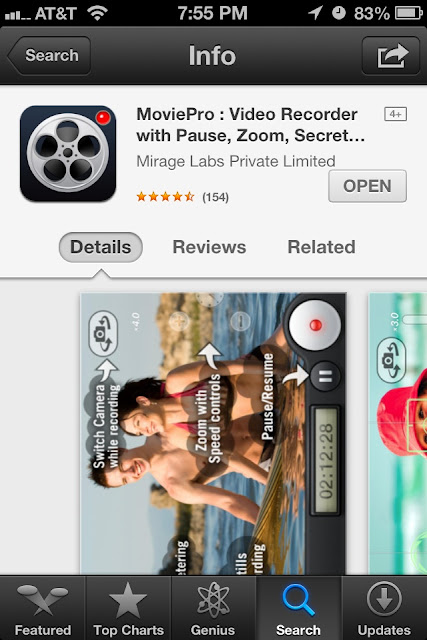 It’s called MoviePro and so far I love it! (especially the secret camera part!)
You can even zoom in (or out) while recording which is an added bonus! 🙂
You can also reduce the frame rate for effects shots (I wouldn’t recommend this) and take photos while recording a video (a feature that many video apps are still not using!)
Unfortunately the app only supports Camera Roll and YouTube uploading (I’ve requested Vimeo support but Tumblr, WordPress, et al, would be nice).
Note: Finally located the company behind the app: seeitwithus.com/moviepro.htm