Here is a snapshot of the tweet I first tweeted oh so long ago. 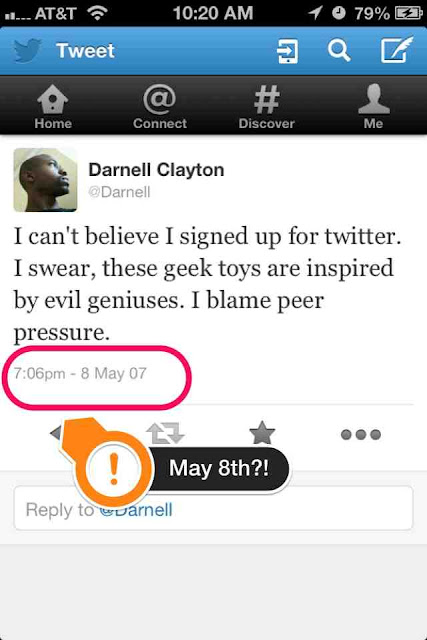 Here is the link: https://twitter.com/Darnell/statuses/56104642
And here is the message I received from @TwiBirthday 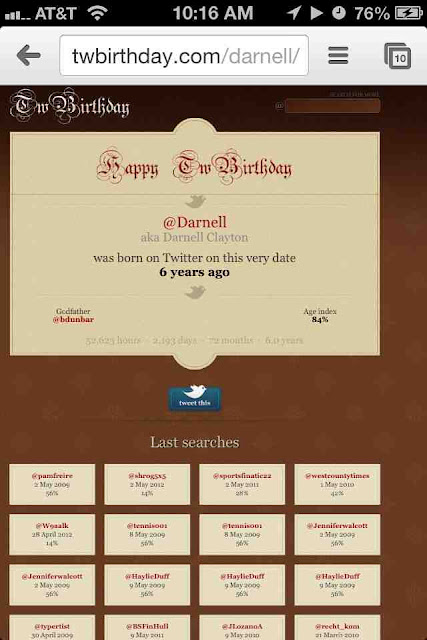 So yeah. Yesterday was really my TwiBirthday. 🙂

Note: When I originally signed up for Twitter I used the monicker @HiddenNook (which was my digital screen name for everything back then) which means Darnell.
I later switched it to @DarnellClayton, then @Darnell (the former I use for private tweets), the latter which is also my screen name for App.net, Instagram, Vimeo and any other active service that I sign up for now.