So Tumblr has finally decided to embrace their identity as a social media company (just like Twitter) and is now rolling out mobile ads across the Tumblverse.

While the ads seem to be far more effective than Twitter ads (I’m seeing far more reblogs and likes on ads compared to retweets and stars on Twitter) they are not really relevant to me.

This is probably due to the fact that its harder to target personal sites than informational sites (which explains why Facebook sucks at advertising things that people care about) but either way I wish I could just tell Tumblr that ads depicting cats and “The Great Gatsby” are annoying (shown below).

Hopefully the Lords of Tumblr can refine their algorithms that will display things that matter to me (food, tech, politics, etcetera) as there are only so many hair balls and glitzy girls (with too much makeup on) that this blogger can handle. 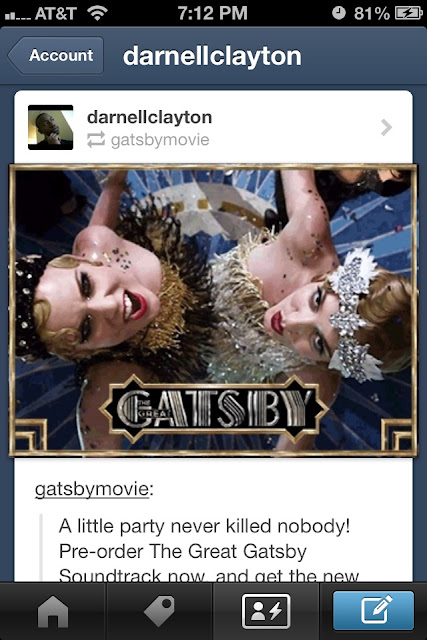