After hearing that Mailbox (who is now owned by Dropbox) had embraced reason by dropping the reservation list I decided to download the app and give it for a spin.

The app is ok and although it reminds me of a cross between an RSS Reader and a todo list, it seemed to “dumb down” my Gmail account when all I wanted to do is read my mail.

Truth be told I’m not a fan of archiving messages (note: can someone tell me the value of archiving a message?) and starring a conversation is how I alert myself to read a message later.

While I think the app would work well with hard core GTD geeks, Mailapp just adds extra complexity for me when it comes to figuring out what to do with my message.

While the swiping feature is nice, I don’t like the fact that a long swipe right throws the message away.

Switching back to Gmail’s official app for now. 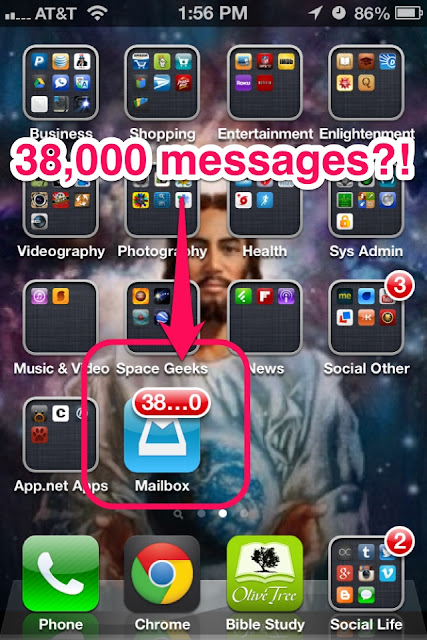