Another day, another Instagram hating app emerges who (surprise!) supports video as well as pictures.

The app is called Mobli (which is obviously a play on the word mobil) who promises to destroy Instagram through sheer awesomeness.

Since advertising your presence is expensive (and capturing the attention of mega sites like The Verge and TechCrunch is even more difficult) they have resorted to what can either be described as ingenuity or desperation.

[…] Mobli invites Instagram users to upload an original picture and tag it on both platforms under the tag #mylastinstagram, and to then quit Instagram for at least three months. A team of Mobli judges will select the most original and creative picture and award the winner $100,000. (Globes)

Mobli announced this competition using an age old geek stunt (which you can read about on Globes), but that is another issue entirely.

My question to the minds behind Mobli is this: why do you need to resort to desperate measures with a silly bribe lotto?

In fact, why are you even trying to compete against Instagram when you are not in the same market? (as Mobli is more like Keek or Via.me than Instagram)

Instagram just built a better app that was fun and simple to use (despite being initially limited to iOS).

Is Instagram perfect? No. But then again most ad supported social networks are not (hence the reason why App.net has gained a cult-like following).

While I do hope Mobli is successful (as competition is a good thing), I hope they have bigger vision than being a slightly better than Instagram clone (as we already have too many of those).

Image: Screenshot of Mobli on the App Store. 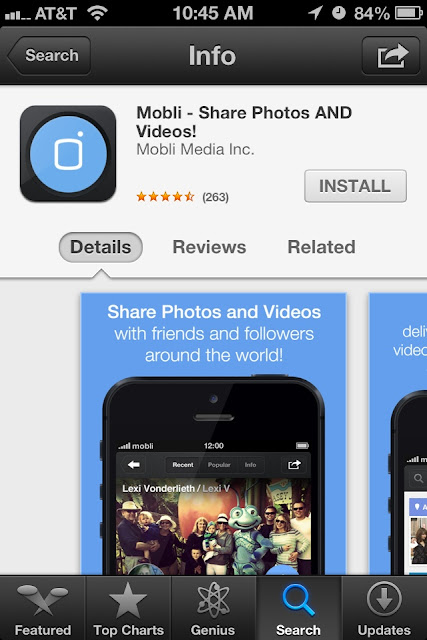