If you have a Tumblr and you love it update now! 😀

Seriously, this update gives me one less reason to use their Photoset App as I can now do everything from within the official Tumblr app!

Tumblr finally also copies links from your iOS clipboard (a feature that has been within Google+ for many moons now) as well as the default Blogger for iOS (the latter which sucks compared to Tumblr due to the lack of Markdown support).

I’ve already tested the feature upon Creatography blog and my only regret is that their isn’t something similar for videos! (which is probably a good thing!)

Speaking of videos when will Tumblr brink back insert video via link?

I prefer Vimeo over Tumblr’s default option (and Tumblr HQ does too from what I’ve seen).

Note: For now having Vimeo automagically publish videos to my Tumblr works, but I wish I could manually insert video links like I can do via the browser. 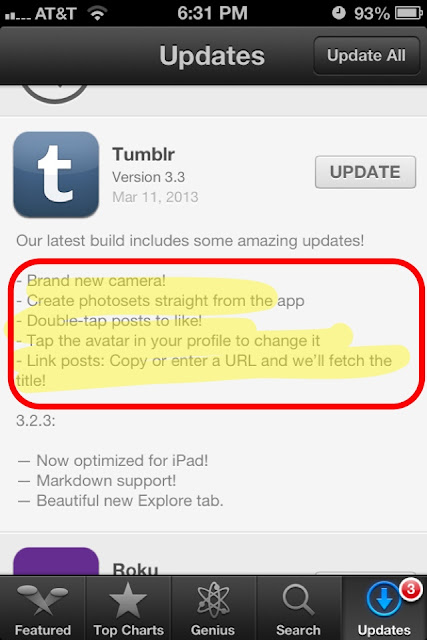