Twitter hates competitive 3rd party apps. I get that. But why would they kill off MobyPicture yet spare Telly and yFrog? 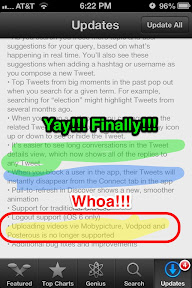 I understand why they removed Posterous (which they bought and are shutting down) and VodPod’s removal makes sense (as the latter was acquired by Lockerz) but why kill off MobyPicture? *crickets*
So I guess users only have 2 options left via the iOS app now? 😦 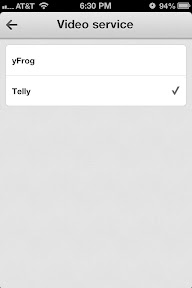 I have a Telly and yFrog account (yes on the former I’m @Darnell so I’ll live) but honestly MobyPicture is a very powerful option/tool.
Sad to see it go.
Note: even though I pay to use Droplr, MobyPicture was the best free choice available.

The flaw in the way that video is being handed off is apparently in Twitter’s app for iPhone, not the Mobypicture service, says its founder Mathys van Abbe. He says that when Mobypicture received notice of the errors from Twitter, they investigated and uncovered the issue with the Twitter app that was causing the flaw.

In an effort to circumvent the problem, Mobypicture created a fix for the media detection issue within hours of first being contacted. But even after being informed of the fix, Twitter contacted Mobypicture and reaffirmed its decision to remove it as a video sharing option and that it would think about bringing it back at a later date. (The Next Web)

How convenient of you Twitter? I guess it’s only a matter of time before they roll out their own stand alone service (that or integrate Vine).